In the golden age of social media, learning how to ask a girl out on Instagram is way more important than deciding what to wear on a first date.

Nowadays, the rules of the game have changed, and if we want to score, we have to change up our tactics.

Instead of meeting a girl in a crowded bar, we can send a few messages, hoping to score a date.

Yet, even though that has taken out some of the stress of hitting on a girl IRL, sliding into a girl’s DMs and getting a date out of it is still no small feat.

Here are a few tips and tricks on winning a girl’s heart online that will ensure we always come out on top. 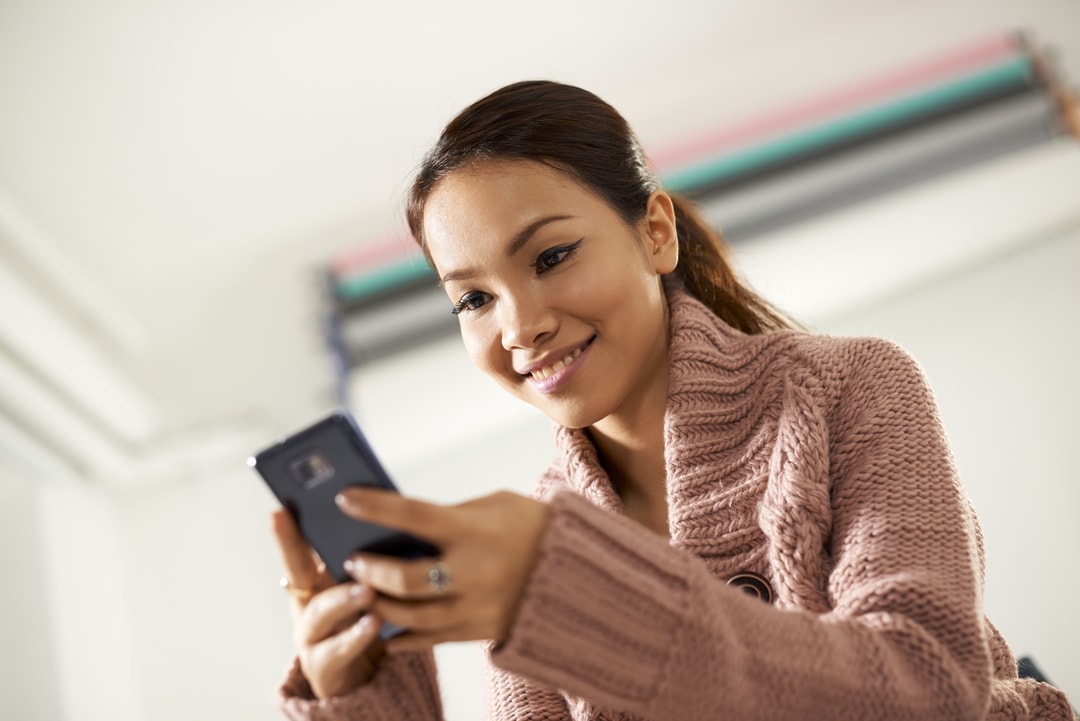 How to Ask a Girl Out on Instagram: A Foolproof Guide

First things first, before we even consider making a move, we have to hit that follow button. Following someone on Insta is the easiest, least threatening way of showing interest.

It’s the perfect way to get her attention without being perceived as too aggressive or too eager. Even if we don’t know the girl personally or have any friends in common, a simple follow won’t raise any red flags.

A word of warning, though: if her account is private, and she doesn’t follow back, it’s probably a lost cause. She’s just not that interested, and it’s better to take the hint right away. Otherwise, trying to ask her out and sliding into her DMs could be completely futile.

But having her follow us back just means we got our foot in the door. Next comes the hard part.

How Many Likes Are Too Many?

Now let’s get into the question that plagues both men and women across the world: is there such a thing as too many likes? Short answer — yes, there absolutely is, and it’s less than most people think.

While liking her photos on Instagram is a way of letting her know that we’re interested, we can’t go overboard. A good rule of thumb here is to heart two, MAYBE three pictures. But they shouldn’t all be pics where she’s in a bikini or a skintight dress (if she has those).

Instead, it’s better to spread out the likes a little bit and show some versatility. For example, we can include some photos where she’s with friends or on a trip. That way, she’ll get the sense that we’re interested in something more than just her body.

Also, while there’s nothing wrong with scrolling way down through our crush’s profile, deep-liking is a big no-no. Liking a picture that’s a year or two old might give off a stalker vibe, which is definitely not what we want.

But what if the worst has happened? What if our finger slipped and we double-tapped a photo that’s 160 weeks old?

Well, we can’t panic or try to recover the situation by sliding into her DMs. We have to play it cool! If she is intrigued by the accidental like, she’ll message us. 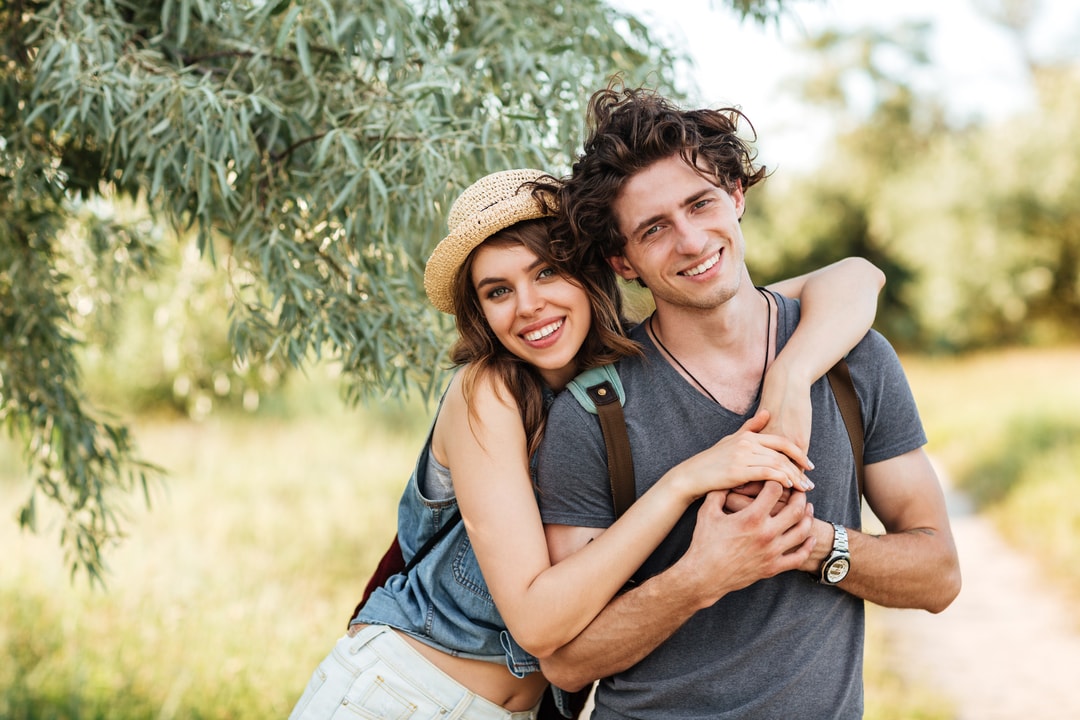 So now that we’ve liked a couple of photos, should we or shouldn’t we comment on them?

Again, the best strategy here is to be cool and careful, with just a touch of aloof. We can’t comment on every single photo or story she posts, as we’ll come off as needy or desperate.

The best-case scenario is to find a pic where she’s doing something, like hiking, for example. Of course, it can’t be something that she posted ages ago — it has to be more recent.

While a carefully selected emoji could do the trick sometimes, it’s better to write something to gauge her interest. Another cool trick is to comment in the form of a question and start a convo.

So if the pic is of her hiking, we could say something along the lines of ‘Looks amazing. Where is that trail?’ That way, there’s a bigger chance that she’ll respond, which would let us take the conversation to the DMs.

Figuring out how to ask a girl out on Instagram is a fine art, and knowing what and when to comment is key. A good rule of thumb here is — we shouldn’t write anything that we wouldn’t be comfortable telling this girl in person.

Also, the comments, especially the public ones, can’t be overtly sexual. Her parents or colleagues could be following her, and we don’t want to be known as the creep that’s leaving dirty comments.

It’s also best to stay away from commenting or complimenting her body only, or worse, leaving the eggplant emoji.

Let’s make a quick side-by-side comparison of what good and bad comments look like, shall we?

Wow, you (guys) look incredible. Where was this pic taken?

Baby, your body is banging, hit me up.

Damn! I wish my girlfriend was as hot as you.

The please-don’t-ever-do-this: You should ditch that loser boyfriend and come be with a real man.

Even though these comments might seem a bit exaggerated, we pulled them from an Instagram model’s comment section. Of course, none of these people received a reply from the girl, so the results speak for themselves.

At this point, we’d also like to mention that negging won’t work either, so don’t even try it. Telling a girl that she has a nice face, but that body needs some work is a surefire way of getting on the block list.

Sliding Into DMs for Beginners

Now that we’ve covered commenting for dummies, it’s time to get up close and personal by sending her a DM. However, sending a well-crafted message that’ll land us a date is the trickiest part of learning how to ask a girl out on Instagram.

The most important thing about a DM is that it has to be memorable and enticing enough for her to want to open it and read it. It also has to be tasteful and follow similar rules as commenting — so nothing creepy or too sexual that’ll make us wind up on the block list.

Also, we should never pile on the DMs. One text is more than enough to pique her interest. Anything over that might come off as needy or creepy.

We’d also like to mention that one of the worst things we can do in the world of online dating is to lead a girl on or breadcrumb her. If we have no intention of asking her out or seeing her in person, there’s no reason to send the DM in the first place.

The easiest and most organic way to build rapport with a girl and get a conversation going is to reply to her story. For example, if she posts a picture of herself at a restaurant, we can say, ‘I’ve heard about that place, but haven’t been there yet. Was it any good?’

But if we already know this girl and have talked to her face to face, we don’t have to wait for her to post a story. Instead, we could use our common point of interest, like the class we both took or what our boss said at work the other day and run with that.

Related: How to Flirt on Instagram: A Grown Man's Guide

How to Ask a Girl Out on Instagram: Making an Official Move

Obviously, the main goal of learning how to ask a girl out on Instagram is to try and take things offline. The faster we can get her to go out with us on a date, the better our chances of success are.

Now that we’ve laid the foundation by chatting online, it’s time to make an official move. More often than not, the best strategy is to be clear and concise — don’t leave anything open to interpretation. 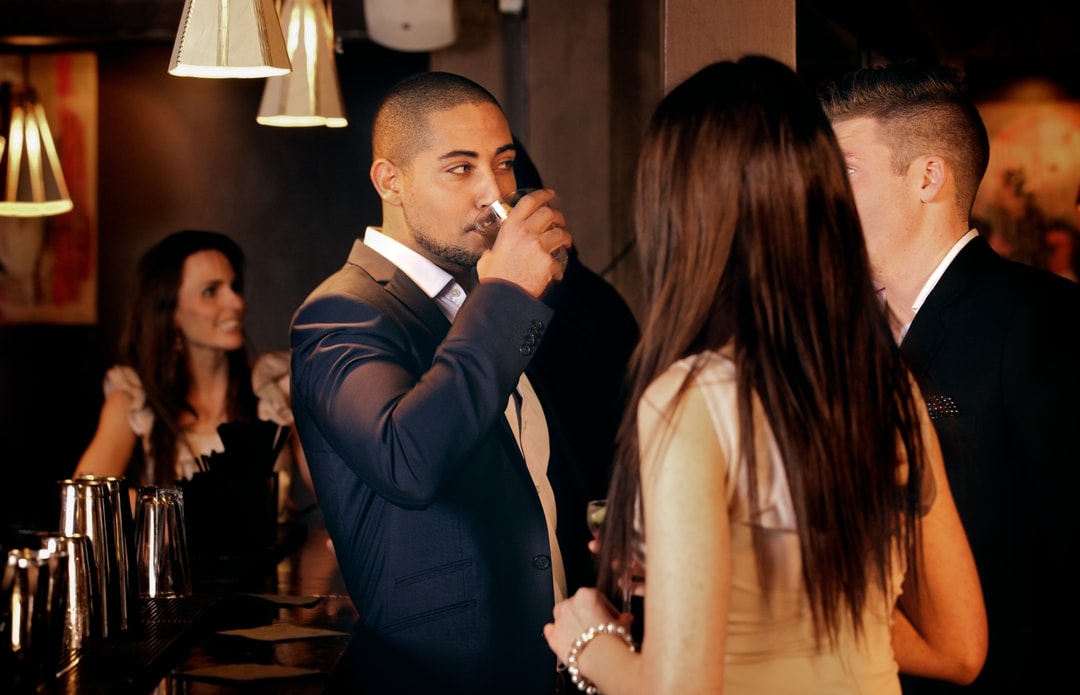 Taking Things to the Next Level

If things are going well, and we get the sense that she likes us, we should invite her out. We can ask her to go on a coffee date, for a walk, or to see a movie.

Another good tip here is to immediately propose an activity that we could do together. It’s better not to be vague and leave her wondering if it’s an actual date.

For example, instead of saying, ‘Do you want to go out sometime?’, we could say, ‘Would you like to catch a movie with me tomorrow night?’ That’ll show her that we mean business and that we’re interested.

There’s also a chance that she might not want to go out on a date right away, even though she’s interested. If we’ve never met this girl before, she might not feel comfortable enough to go to a dark movie theater right off the bat.

In that case, we can ask her for her number and get to know her gradually over texts. Either way, it’s not something we should beat ourselves over. At the end of the day, anything is better than DMing back and forth for months on end.

Mastering all the ins and outs of how to ask a girl out on Instagram is pretty tricky, but doable.

Of course, none of this guarantees success and that we’ll get the girl in the end. But as long as we’re respectful, witty, and authentic, there’s a pretty good chance that we’ll get that date.

5 Scientific Ways to Be More Attractive (Proven Methods Only)